Four intense days to fully experience the world of Sensi Vini. Many news and many tasting previews await. From the most ancient methods of wine-making to the use of the most advanced technologies, always respecting the environment, with an eye to aesthetics and the world of glamour.

We look forward to seeing you!

For information or appointments, please contact us at sensi@sensivini.com 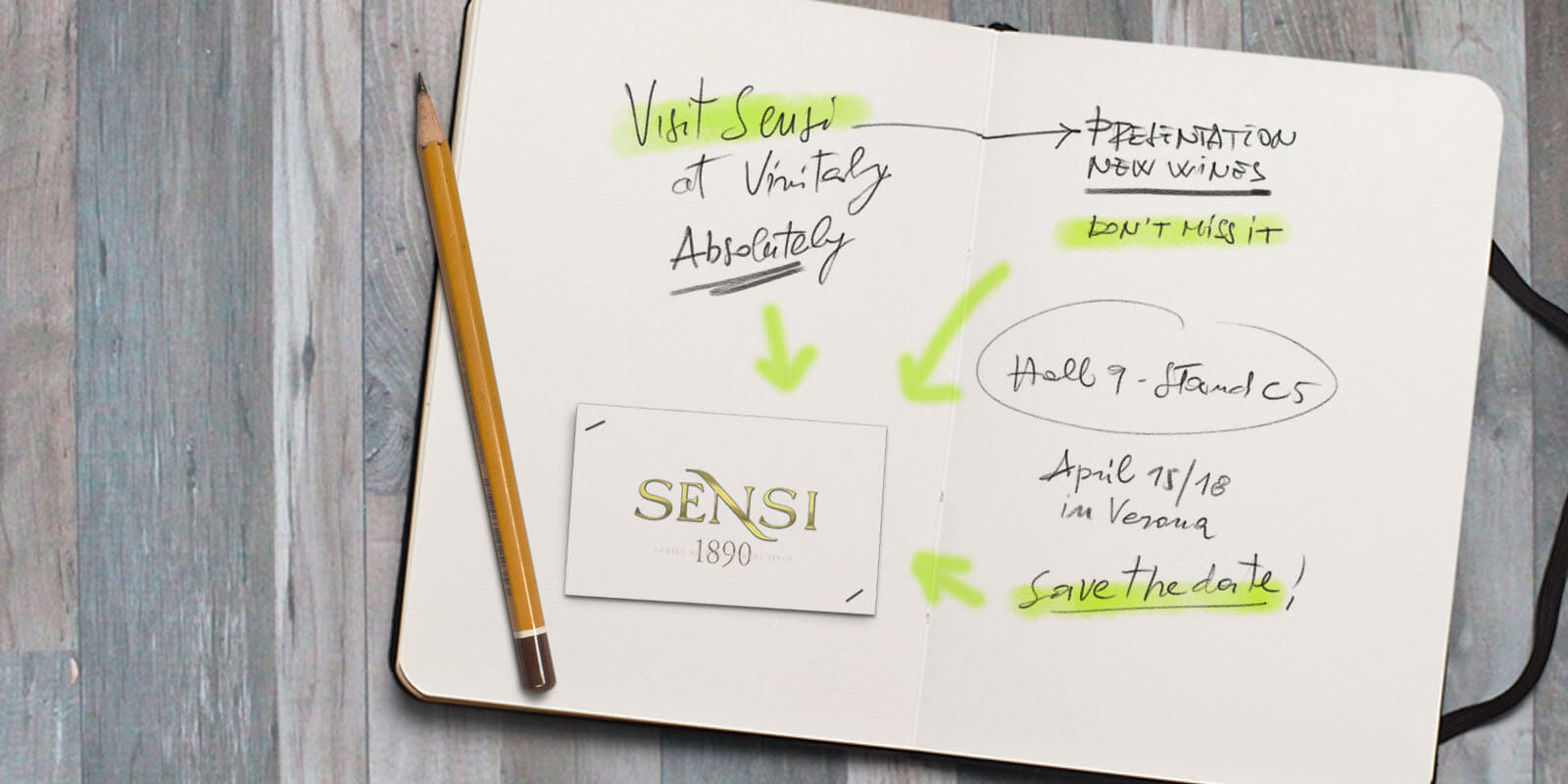 Each wine has a name, each name has a specific meaning

Each of the labels of the Sensi company was born from an idea, a thought that tells of the wine and its history. Here are some of them.

The first label is Chianti Dal Campo, which reminds of the field where the vine was born, where it has its roots. Forziere, on the other hand, expresses the strength of the Chianti Classico territory, more marked than that of other Chianti areas. Anniversario celebrates the 125th anniversary of the company and, revisiting them in an innovative way, takes up the shape of the traditional Tuscan flask.

Campoluce, an organic Chianti, reminds of the field and of the soil: an ideal and bright area but above a land where the fireflies still fly in the vineyard, proof of the unpolluted and healthy places where the grapes are grown. Among the «green» wines of the company there is also Sangiovese Ninfato, which owes its name to the Ninfa del Corbezzolo, a rare species of butterfly that has its habitat in Tuscany and that can suck the juice from the fruit on the plant, thus highlighting the purity of the grapes.
Vegante, Chianti Superiore, a Vegan certified wine, is produced without the use of refining agents that derive from fish jelly or egg white and of course that’s from where it takes its name.

For Testardo we move overseas: to Boston, during a dinner between Massimo Sensi and his importer, in front of a steak. It is a new wine that Massimo produced with stubbornness and truly wants to affirm overseas. This is how Testardo was born, rustic and masculine, with the typical character of the cabernet.

Mantello, all enveloping and velvety, warm and dark like a cloak, is a different kind of wine, produced with Sangiovese and Shiraz grapes.

Mandriano, the Sangiovese wine of Maremma, takes the name of the typical Maremma cowboy; Pretorio is a blackish wine that takes its name from the palace of the municipality of Scansano; Collegiata, the vernaccia wine of San Gimignano, takes its name from one of its tallest towers while Mossiere, whose name originates from Palio di Siena, is named after the person who gives the go ahead to the race every year.

Sabbiato reminds of nature, in fact this wine from Bolgheri is rooted into the sand, while Boscoselvo is inspired by the rustic and wild Montalcino vegetation. Finally the 18K wine, with its sparkling and glamorous character, reminds of gold both in its name and its label, but it also speaks of 18 years, an important date to celebrate the moment in which a kid becomes adult. 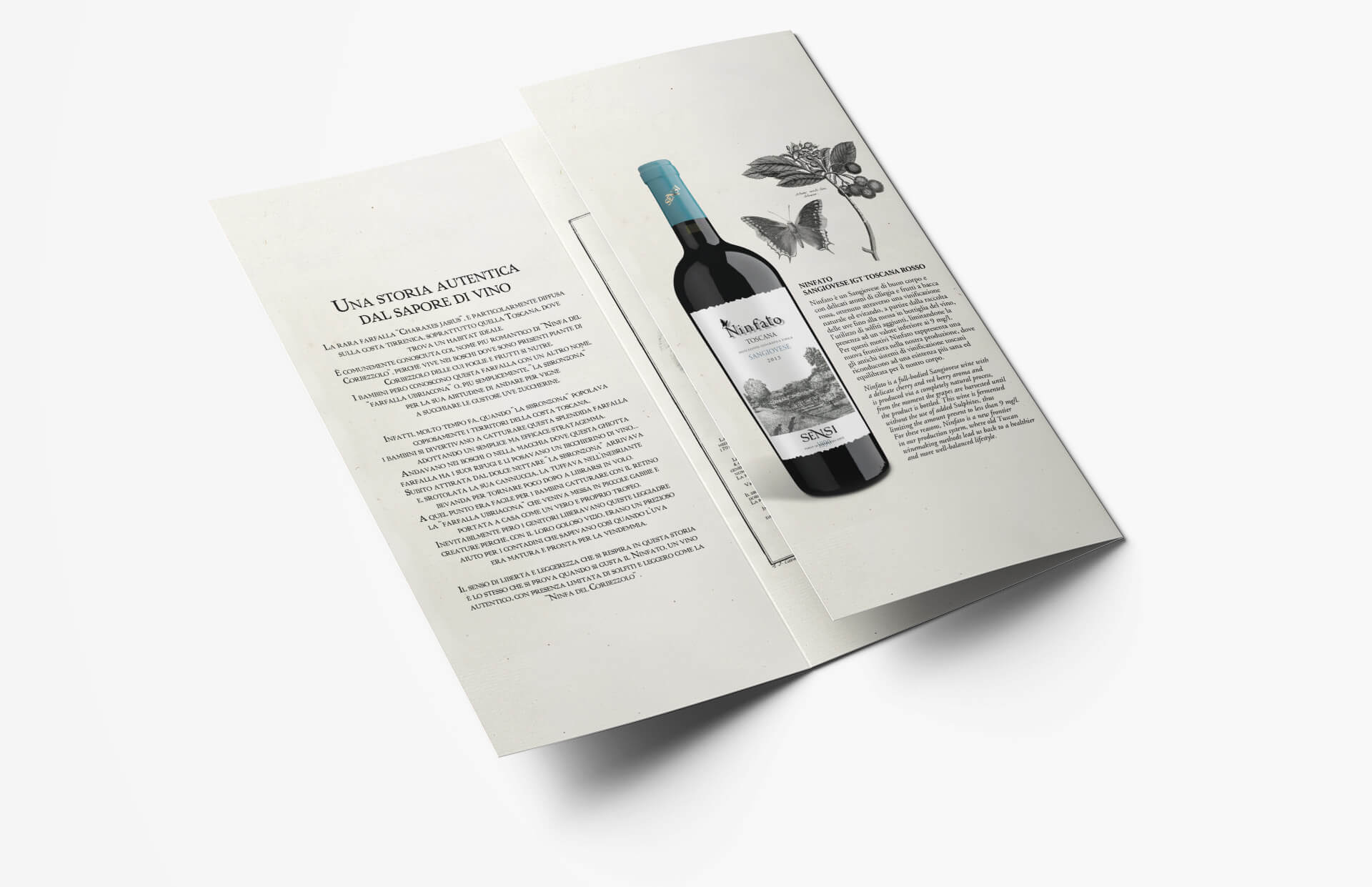 SENSI AT THE NBA CHARITY EVENT

Los Angeles: Sensi participates in the most exclusive Charity Event of the NBA, the All-Star Viewing Party!

We are pleased to have participated and supported such an exclusive and important charity event organized by the National Basketball League of the USA (NBA) with its non-profit association of reference, the «LA Legends NBRPA Charitable Organization».

Los Angeles LEGEND NBRPA, acronym for National Basketball Retyred Players, is a non-profit charitable organization with a dual mission; that is, to assist former NBAs, ABAs, Harlem Globetrotters and WNBA players in their transition from the playing field to life after play, and to give positive help to society through involvement in basketball to help communities and young people in difficulty.

The event was attended by prominent «celebrities» such as Mark Eaton former US basketball player and Darwin Cook former play maker and current coach.

The association gave us the honor of displaying our logo on the board of the star catwalk and a prominent position in the NBA official magazine «Rebound Magazine All-Star 2018 Special Issue» with two beautiful pages all dedicated to our 18K sparkling wine. 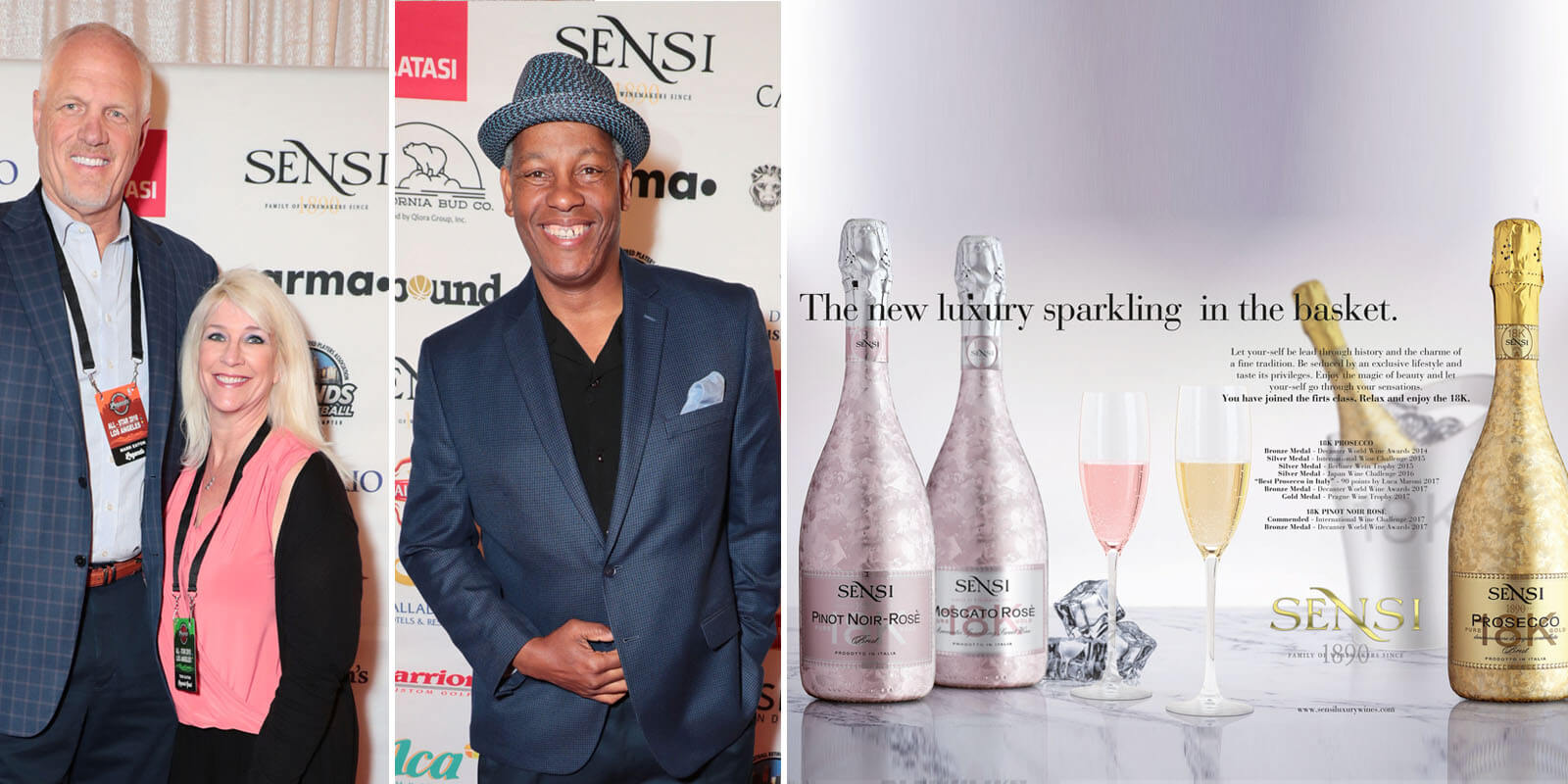 A preview of the new vintage of the Sensi Governato wine at Vinitaly 2018. It was born using the technique of Governo, an ancient Tuscan technique handed down to this date, and now improved thanks to the help of new technologies that can monitor the dehydration of grapes and manage the loss of water of the grape. Sensi’s Governato wine, with its name that evokes both the practice with which it is produced and the ability to «tame» the grapes from which it is produced, was born thanks to the collaboration with the University of Tuscia and Prof. Fabio Mencarelli, the leading international expert in technology of drying grapes for the production of wine.

Intense ruby in color, it boasts hints of sweet fruit, cherries and morello cherries. The taste is soft and fresh, characterized by a natural maturity and sweetness, which are specific to the Tuscan Governo with which it is produced.

Sensi Today is Sensi’s newsletter to stay always updated on events, activities and everything related to the Sensi world. Subscribe now!