The Land of Bolgheri

Bolgheri, a land of rare beauty, still pristine and dotted with charming villages, represents a part of Italy that is still enjoyable on a human scale. Beautiful nature, Mediterranean maquis, olive trees, cypress trees, the sea in the distance and, of course, the vineyards that make this small part of Tuscany rich and precious. Here Giosuè Carducci, to confirm his inseparable bond with this land, described the famous boulevard lined by cypress trees in one of his poems:

The success of Bolgheri’s wine-making began to take shape in 1944, when forward thinking Mario Incisa della Rocchetta understood the potential of the land and planted the first Cabernet vineyard in Castiglioncello di Bolgheri.

The rest is history. One of the most prestigious wines in the world began to be produced exactly in that “sassicaia” [stony field]. Until 1967, Bolgheri’s wine remained a private wine to be enjoyed at the Farm, but 1968 marked a turning point. The Sassicaia wine was introduced on the market as a table wine, and from that moment onwards it gained success and made such a name for itself to deserve a dedicated DOC label. Thus, in the late eighties other producers understood the value of the land and followed on the footsteps of Tenuta San Guido. On December 14, 1995, the Consortium for the Protection of Bolgheri Wines Doc was founded. 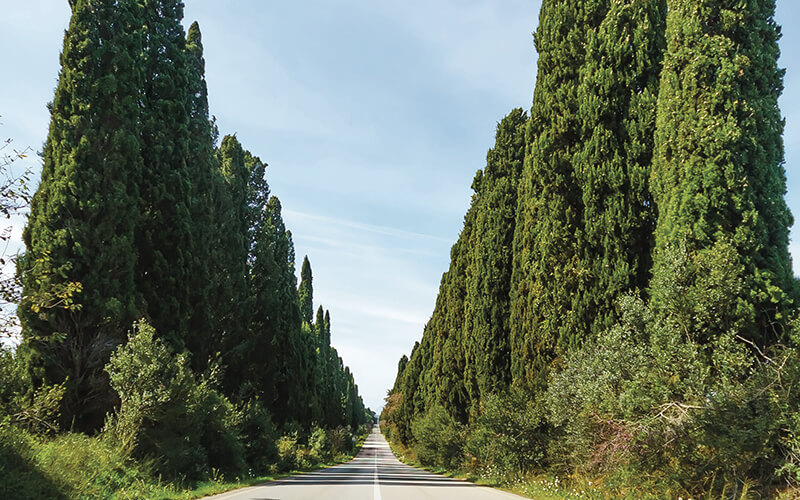 What makes the area of Bogheri unique is the perfect combination of climate, soil and vines found here, creating unique wines that are representative of the land. Cabernet first of all, but also Merlot and other international wines, such as Syrah and Petit Verdot, were able to translate with accuracy and elegance the characteristics of a unique soil and unique climate created thanks to the particular characteristics of the area.

The proximity of the sea that mitigated temperatures and brought refreshing winds, the right temperature variations that made the ripening of the grapes slow and regular, thus maintaining high acidity and a correct maturation of the phenolic components as well as the intense sunshine, were all factors that contributed to the creation of these wines.

Even the soils, which were of alluvial origin and rich in cobbles, such as the “Sassicaia” field, which not by chance bears this name, but also of marine, clayey, volcanic and sandy origin, were able to give the wines a distinguishing and dynamic salty note.

The choice of the main vine variety of this area, Cabernet Sauvignon, came to be thanks to the intuition of Incisa della Rocchetta, who in this soil recognized similarities with the Graves (French gravel), an area of Bordeaux famous for wines of this variety. And indeed Cabernet, as well as Merlot and other international vines,found here the right characteristics to express themselves to the best, offering those typical notes of sweet and ripe fruit, balsamic sensations, Mediterranean maquis, complexity and flavor that are the trademark of the Bolgheri land. 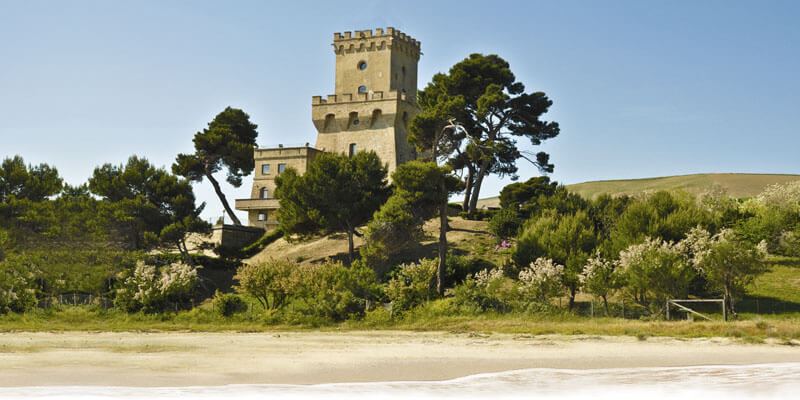 Sensi joined the Consortium for the Protection of Bolgheri Wines DOC

“It was an honor for us to be admitted to this prestigious association of producers that made the history of Italian wine, such as Sassicaia and Ornellaia. The admission was possible thanks to the great commitment and the focus on quality that we are pursuing on the Bolgheri Doc denomination, for several years by now,” says Massimo Sensi.

Among the official purposes of the Consortium, in fact, of great importance is the one related to search for and the possibility of creating the vineyards and the structures necessary for experimentation in the field and in the cellar for the development and continuous improvement of the quality of grapes and wines.

“We were pleased that our passionate work was rewarded with the admission into such a prestigious and elite club.”

Founded twenty-three years ago by great names such as the Marquis Nicolò Incisa della Rocchetta, Rosa Gasser, Eugenio Campolmi, Enio Frollani, Michele Satta and Federico Pavoletti, the Consortium enjoyed ministerial recognition for the protection and supervision of the product by the Ministry of Agriculture and Forestry and it is the official and unique body responsible for the protection and promotion of the Bolgheri DOC and Bolgheri Sassicaia DOC.

The association also wanted to highlight the cohesion of producers that wished to team up to enhance, promote and protect vine-growing of quality in the territory. 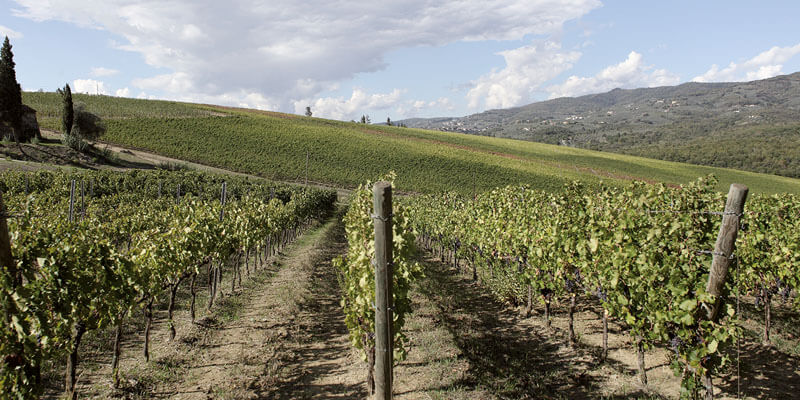 It is produced in the vineyards around the Bolgheri Castle, in the south-western area of Tuscany where the proximity of the sea and a sandy soil create the ideal climatic conditions to enhance the combination of this extraordinary grape variety. Its name refers to the sandy soil near the sea, where Bolgheri is produced. In the packaging, the blue cap is used to remind of the colors of the sea.

It is produced using 40% Cabernet Sauvignon, 40% Merlot and 20% Sangiovese grapes. Its color is ruby red. The aroma is rich and powerful with hints of dark fruit and spices. To the palate, it has structure and softness supported by a distinct sensation of salinity and a long persistence.
It scored 90 points on the Yearbook of the 2018 best Italian wines by Luca Maroni.